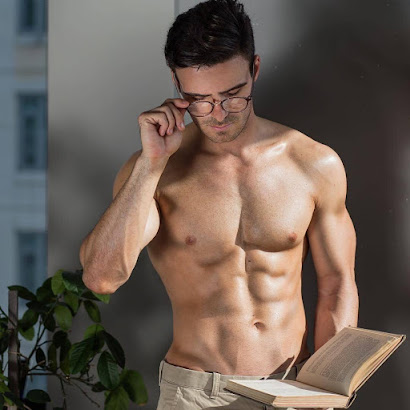 You will be in the right, O Lord, when I lay charges against you; but let me put my case to you. Why does the way of the guilty prosper? Why do all who are treacherous thrive?

So much is happening in the world today. We have a president who is incapable of sympathy or remorse. There are too many who follow his cult of personality, even to their own detriment. While we know he was guilty of no less than bribery and many other high crimes and misdemeanors, the Republican Senate acquitted him and allowed him to remain in office. He has put the nation’s security and health at risk for his own personal gain, whether that be for his wealth or his ego. It does seem that the treacherous are thriving as Republican leadership does everything they can to subvert the election process while saying they are doing so to preserve the fairness of the election. It should be apparent to anyone that they are grasping at anything to stay in power.

The massive falsehoods and misinformation that comes from the current administration is staggering. In a White House briefing this past week, the Huffington Post's Senior White House Correspondent, S.V. Date, bluntly asked the president “Mr. President, after three and a half years, do you regret at all, all the lying you’ve done to the American people?” Confronted with Dáte’s question, the president tried to play dumb and responded with a question of his own. “All the what?” he said. Dáte responded, “All the lying, all the dishonesties.” Again, Trump acted confused asking, “That who has done?” to which Dáte replied, “You have done.” Instead of answering, Trump cut him off and called on another journalist. In July, the Washington Post reported that the president had told more than 20,000 “false or misleading claims” over the course of his presidency. He continues to lie about the coronavirus epidemic, election fraud, and called into question Kamala Harris’ citizenship status.

We are in the midst of the coronavirus epidemic, and too many leaders are doing nothing to help ease the pain and suffering it has caused. They merely continue to spread lies and misinformation. They are rejecting science and causing people to lose their lives because they won’t support medical experts and scientists. They scream about their personal freedoms while trying to take away the freedoms of minorities, those of the LGBTQ+ community, and anyone else they disagree with. They are hypocrites, and they seem to not care that they contradict their own words. We are living in a time when name calling is common, and there is a false belief of privilege by many in society. Why can’t we be a better society? Kindness seems to have left this country and has been replaced by a sense of entitlement at the expense of those who are kind and caring.

Our distress over there being so much evil in the world is often mixed with being downtrodden by the awful events surrounding us. And in these times, and under our current difficulties, let us consider how we should behave during this time of suffering. I pray that the nightmare of the current administration will end. To do so, we must look towards a righteous man like Biden, instead of a man who mocks others for praying. We have to elect Biden as president to lead us to a new era of kindness and empathy. We must do our part. We must vote on November 3rd and make sure that our votes count.

The verse above asks, “Why does the way of the guilty prosper? Why do all who are treacherous thrive?” When we are most in the dark concerning what God's allows, we must keep our faith in God, believing that he will never wrong us, and that for whatever reason, we are experiencing the current trials and tribulations, it is for a higher good (at least I hope so). When we find it hard to understand God’s dealings with us, or others, we must look to the truth as our first principle and abide by it: The Lord is righteous. We have to keep the faith.

You are correct to mix politics and religion. they inform one another. thanks for sharing your thoughts on this. they are appropriate and timely.

A beautiful message, Joe. Thank you. <3

Interesting post. Negativity and being mean come easier than being kind. Kindness can be mistaken for weakness so many people while wanting to be kind instead are mean. In any case the current state of affairs in the USA is more fucked now now than it's has ever been. We need a hero, a savior someone to turn things around. Politics is something that up until the COVID crisis wasn't something I paid close attention to. Although I will say that when I found out our current president won I screamed WERE FUCKED and indeed we are. We need positive change and the sooner the better!

I have a fundamental belief that all politicians are corrupt in some form or fashion. That was ingrained in me as a child. My family wasn't big on politics and voted split ticket, which is how I vote. I want the best person for the job out of those running. That said, I am not a Trump supporter.

There have been a few things in my lifetime that no one could possibly imagine that took place. The first of which is 9/11 and the second is that Trump would be elected POTUS. Sure there are many other things but these two by far stand out to me as significantly horrible events. It's another reason why I am ready to go, beam me up Scotty!

I hope that things turn around for our country that we get a new POTUS and that we can get this Coronavirus under control and go back to resuming a more normal life sooner rather than later. I'm ready to have less to worry about and to talk about the less serious things in life. We all could use some humor, a great nights sleep and one hell of a vacation. Here's hoping that day is around the corner! Until then hang on because it's still very much a bumpy and rough ride.