A friend of mine, who is ultra-Catholic (lapsed/re-convert to Catholicism, nice guy but believes nearly everything the Catholic Church believes), tends to think that Catholic universities are getting too far away from teaching 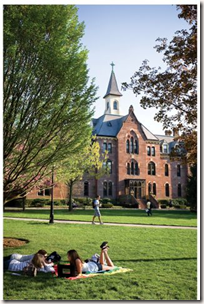 Catholic doctrine and are thus becoming too secular.  I happen to disagree with them.  A religiously affiliated school, whether Catholic, Methodist, Baptist, etc., is first and foremost a university.  The word university comes from the Middle English word universite, from Old French, from Medieval Latin ūniversitās, from Latin, the whole, a corporate body, from ūniversus, whole.  Therefore, the word derives from a body that teaches everything and is universal.  If a university is limiting what they are teaching they are no longer serving their function as a university.  As a religious institution they have the right to teach as part of their curriculum their own brand of dogma, have certain rules regarding student behavior, etc.  However, a university should never limit academic freedom. 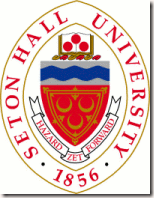 What the Newark Archbishop objected to was what he saw as criticism of the church.  I have spoken about objectivity before.  A person should see both sides of the issue and be able to make their own determinations.  If you are purposely given only part of the story, then they insult your intelligence by not allowing you to make up your own mind.  When a school does that they are not longer teaching they are preaching.  Academic freedom is the most sacred institution in higher education, without we are no better than dictatorships who disallow free speech.  Our universities are their to broaden out minds not to narrow them.

I applaud Seton Hall for standing up for what is right and allowing the class on Gay Marriage to continue.

The undergraduate seminar course — called "The Politics of Gay Marriage" — is to begin Tuesday with about two dozen students, said W. King Mott, an associate professor of political science.

The quotes listed in this post are from the following article: 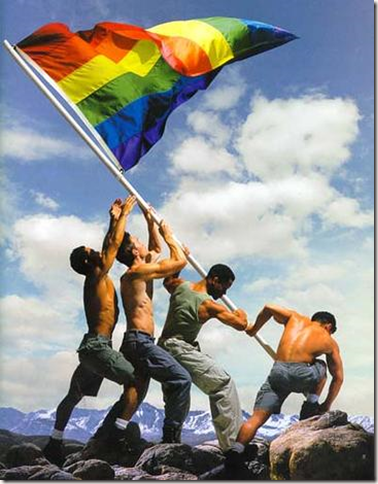 The Pious can only lead the ignorant.

They most certainly can be, crothdiver.

The same thing happens to the Catholic University in Lima, Peru, whicch was founded by a group of laymen and a priest in 1917,whith approval of the Governemnet and of the Archbishop.The Church never contributes with a dime to the University.The right-wing OPUS DEI Cardinal Archbishop of Lima, Cipriani wants now a control on academic studies and part of the growing income of the Institution.At least two civil lawsuits are in due course againt this Cardinal.If he wins, liberal thought and Academic freedom shall be over for ever.It is the best University of Peru by far!

At Georgetown Jesuit University in Washington DC, sexuality courses are taught,the Archbishop disagreed saying that pre-marital sex is a mortal sin condemed by the Church.The Univerisity authorities replyed that from very reliable polls they know that 95% of students constantly practiced pre-maritl sex: and that they better be well informed about sex, including its moral issues.

Recently, in Belgium the Catholic bishops attacked fiercely the Catholic University of Louvain for ist research on stem cells. and forbade that activity.The Rector, a layman, responded tht in such a case the Univerisiy would drop the name "Catholic".The bishopa gave in

The Univeristy of Notre Dame in the US (a catholic university) gave the title of "Doctor Honoris Causa" to Pres, Obama.Some 300 U bishops protested saying Obama was pro-choice oon abortion.But the University persisted and gave Obama the title.

As to the Catholic Univerity in Lima, Peru,Pope Benedict under the influence of nefarious cardinal Bertone, issued decree withdrawing the Univeriy's name:Pontificia, Catolica. Nothing happened becaude that decree is in contradiction with the Treaty between Peru and the Holy See which states that the Catholic Church has the right to créate educational institutions at all levels, but lways under Peruvian law.The new Pope is looking at this problema in another way:he has named three Foreign Cardinal tto travel to Lima and examine all these issues.

In the above mentiones Catholic University the Cardinal-Archbishop has forbidden the teaching of Theology, a contradiction in terms.Who can understand such stupidity?