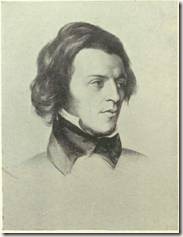 One of the most influential Victorian poems, Alfred Lord Tennyson's In Memoriam (1850) is actually 133 poetic fragments or sections that differ in theme, tone, and presentation, but are all unified by the poetic persona's grief, doubt, and search for faith. The composition of In Memoriam was initiated by Tennyson's deep suffering at the loss of his brilliant young friend, the promising poet and scholar Arthur Henry Hallam, who died suddenly in 1833 at the age of twenty-two. Although many of the sections were written in the three years following Hallam's death, when Tennyson's grief was most acute, he continued adding to and rearranging his long poem as science and religion shook traditional beliefs in God and Christianity. Finally, in 1850, Tennyson published his lyrical elegy. Immediately well-received, it brought Tennyson considerable fame and was undoubtedly influential in the decision to appoint Tennyson as William Wordsworth's successor as British poet laureate.

Tennyson clearly does not fit into convenient categories such as "radical" or even "progressive"; rather, he, like so many of his contemporaries, 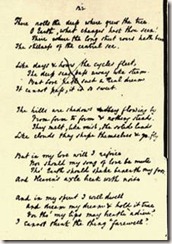 was an eager participant in the ongoing debates on gender roles and the place of emotion and commitment in a society that seemed obsessed with technological progress and the accumulation of wealth.

As part of his explorations of alternative forms for social organization and moral engagement, he looked to homosocial bonding as one source for positive (in the case of men) or negative (in the case of women) emotional ties that might have an effect upon the fragmentation that he saw around him.

In this way, Tennyson challenges are our own ability to classify writers as "gay" and "straight." Though heterosexual, Tennyson wrote poetry dealing with love between men that is still capable of evoking a profound response from gay audiences today and that has an important place in any consideration of gay literary history.

Selections from In Memoriam:

I with it; for I long to prove

No lapse of moons can canker Love,

Whatever fickle tongues may say.

And if that eye which watches guilt

And goodness, and hath power to see

Within the green the moulder’d tree,

And towers fall’n as soon as built–

Oh, if indeed that eye foresee

Or see (in Him is no before)

In more of life true life no more

And Love the indifference to be,

That Shadow waiting with the keys,

To shroud me from my proper scorn.

I envy not in any moods

The captive void of noble rage,

The linnet born within the cage,

That never knew the summer woods:

I envy not the beast that takes

His license in the field of time,

Unfetter’d by the sense of crime,

To whom a conscience never wakes;

Nor, what may count itself as blest,

The heart that never plighted troth

But stagnates in the weeds of sloth;

I hold it true, whate’er befall;

I feel it, when I sorrow most;

’Tis better to have loved and lost

Than never to have loved at all.