What Can GLBT People Learn from the Harlem Renaissance?

Justin at A Gay College Guy in Virginia was so kind in giving a shout out to both this blog and my other blog.  Justin recently revealed on his blog that he will be taking a class on African American Literature this semester. In honor of Justin and the class that he is taking, I was inspired to write several posts about the Harlem Renaissance, one of the richest periods in American art and literature for African American artists.  Many of the topics of the literature of the Harlem Renaissance can be seen as an analogy for the plight of GLBT people in America and around the world as we work everyday for further acceptance, not to mention the number of gay and lesbian artists that made the Harlem Renaissance possible. 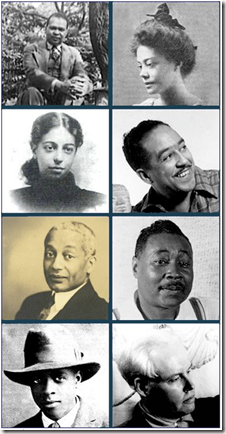 Known also by the names Black Renaissance or New Negro Movement, the Harlem Renaissance represented a cultural movement among African Americans roughly between the end of World War I (1918) and the beginning of the Great Depression (1929). The names given to this movement reveal its essential features. Certainly the words "black" and "Negro" mean that this movement centered on African Americans, and the term "renaissance" indicates that something new was born or, more accurately, that a cultural spirit was reawakened in African American cultural life. Although most historians remember the Harlem Renaissance as a literary movement, in fact, African Americans during the 1920s also made great strides in musical and visual arts, as well as science. Finally, the focus on Harlem—an old Dutch-built neighborhood of New York City—indicates that this "renaissance" was something of an urban phenomenon. In fact, the exciting developments in African American cultural life of the 1920s were not limited to Harlem, but also had roots in other urban communities where black Americans migrated in great numbers: East St. Louis, Illinois; Chicago's south side; and Washington, D.C.  The Harlem Renaissance included several important gay and lesbian writers.
The artists of the Harlem Renaissance forwarded two goals. Like the journalists and other "crusaders" of the Progressive era, black authors tried to point out the injustices of racism in American life. Second, newspaper editors, activists, authors, and other artists began to promote a more unified and positive culture among African Americans. Early efforts to publicize a more unified consciousness among African Americans included two publications in 1919: Robert Kerlin's collection of editorial material in Voice of the Negro and Emmett Scott's Letters from Negro Migrants. On the political front, leaders such as Marcus Garvey began to put forth plans for black economic self-sufficiency, political separatism, and the creation of a cross-national African consciousness. 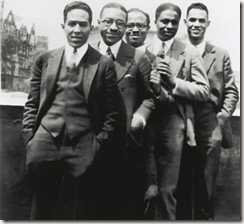 Several important developments during the World War I era gave rise to the Harlem Renaissance. First, black southerners since the turn of the century had been moving in large numbers to the North's industrial cities. As a result, southern blacks who had been denied their political rights and had resorted to sharecropping as a means of livelihood came into contact with northern African Americans who were more often the descendants of free blacks and, therefore, had better access to education and employment. Additionally, black Americans moving to the cities had much to complain about. World War I, the so-called war to make the world safe for democracy, had been a bitter experience for most African Americans. The U.S. Army was rigidly segregated, race riots broke out in many American cities during or immediately after the war, and the North was residentially and economically segregated like the South, despite the absence of Jim Crow Laws.


Gays, Lesbians and The Harlem Renaissance

The culture of the Harlem Renaissance was one that was open to sexual exploration and gays and lesbians, both Black and White, found a community there. The jazz and blues clubs of Harlem felt like a welcoming place to gays and lesbians of different races. Author Arwyn Moore claims that many white gays and lesbians who frequented Harlem nightlife became a part of the Black culture: listening to the music, reading the literature and most importantly, relating to common prejudice and bigotry both experienced from the greater mainstream culture.

In addition to the clubs of Harlem, private rent parties became a place where gays and lesbians could dance and socialize without fear of being arrested. Rent parties were private parties that people threw in their apartments to raise 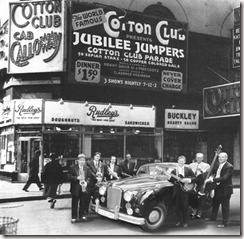 The Blues music that was popular at the time was also an attraction for gays and lesbians. Many of the lyrics spoke of gender-bending men and women, blurring of sexual boundaries and same-sex attraction. One of the most famous Blues singers of that time was Gladys Bentley who was notorious for wearing men's clothing on stage and for her marriage to another woman.
Ma Rainey was another Black lesbian singer, her famous song begged listeners to "Prove it on Me." Ma Rainey was said to have had a relationship with bisexual singer Bessie Smith.

That's sooo interesting- one of those I had no idea stories.

Mike, when I started writing about this post, my original intent was to compare the isolation and discrimination faced by African Americans during the 1920s and 1930s, but with a little research I realized how much gay men and women were such an integral part of the movement. I still have a few more posts coming up about the Harlem Renaissance.