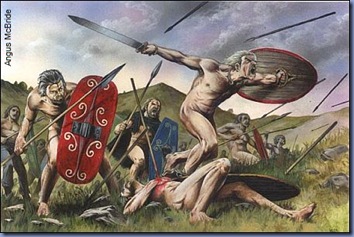 No, I am not talking about the movie Avatar. I am speaking of the Celtic warriors of ancient Scotland known as the Picts. From the accounts of Britain made by the classical authors, we know that by the fourth century AD, the predominant people in northern Scotland were referred to as "Picts". Historians really don’t know what they called themselves, but Picts is the name that came down through history. The Latin word Picti first occurs in a panegyric written by Eumenius in AD 297 and is taken to mean "painted or tattooed people" (Latin pingo "to paint"; pictus, "painted", cf. Greek "πυκτίς" - puktis, "picture"). Their Old English name gave the modern Scots form Pechts and the Welsh word Fichti. 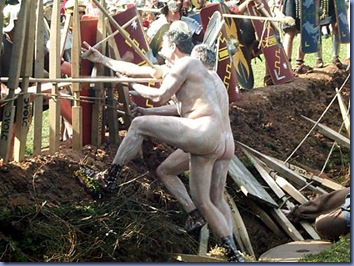 The Romans were only in Britain for a little over three centuries before their empire collapsed. Romanized Celtic culture survived in many places, particularly Wales, while a more purely Celtic tradition survived in Scotland. The Picts were 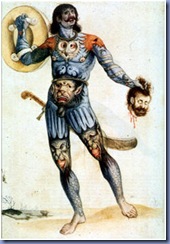 gradually absorbed by their Celtic allies. The Romans never tried to conquer Scotland, a poor area which never supported more than 100,000 people during this period. A principal occupation of the "Scots" was raiding the wealthier Roman lands to the south and most Roman military activity in Britain was against the Pict and Celtic tribes in Scotland. The Romanized Celts in Britain sometimes rebelled, or at least a a few of them did. Until the Romans withdrew the last of their legions in the early 5th Century (to deal with the Germans, and civil war), the Romans always had the upper hand. This should come as no surprise. The Romans were supreme organizers and managed to keep up to 60,000 trained soldiers on duty in Britain. No one was able to repeat this feat until near the end of the Medieval period.

Throughout history, these Picts have been shadowy, enigmatic figures. From the outset, they were regarded as savage warriors 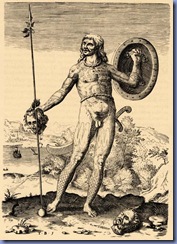 and by the time the Norsemen were compiling their sagas, and histories, the memory of the Picts had degenerated into a semi-mythical race of fairies.

Theories abound, although these days it is generally accepted that the Picts were not, as once believed, a new race, but were simply the descendants of the indigenous Iron Age people of northern Scotland.

The cloud of uncertainty that surrounds the Picts is simply because they left no written records. Because of this we have no clear insight into how they lived, their beliefs or society. All we know of them is second-hand anecdotal evidence, lifted from the various historical writers who recorded their own, possibly biased, impressions of the Pictish people.

The earliest surviving mention of the Picts dates from 297AD. 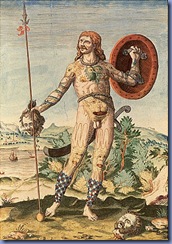 In a poem praising the Roman emperor Constantius Chlorus, the orator Eumenius wrote that the Britons were already accustomed to the semi-naked 'Picti and Hiberni (Irish) as their enemies'.

From Emenius' statement we can see that the Picts were already a major thorn in the side of the Roman Empire. And they continued to be a problem for their neighbours – continually harassing their neighbours for centuries after the Roman legions abandoned Britain. But who were they? 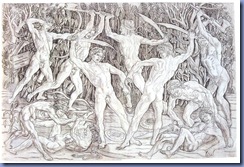 The term "Picti" was more than likely a Roman nickname used to describe the people north of Hadrian's Wall. In much the same way as the term “European” is used today to describe people from a number of countries, Pict was a blanket term applied to an agglomeration of different people in the northern Scotland, probably with different cultures and, if the Life of St Columba is to believed, language.

If you know much about the Roman Empire, you know that its army was very effective and rarely broke ranks. The Roman military was comprised of legions of 5,000 men each. Each 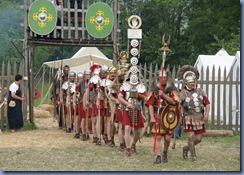 legion consisted of 50 centuries,100 men each, led by a Centurion. Legions were accustomed to 20 mile marches. Courage was rewarded through promotion and honors. Cowardice was punished by stoning or flogging to death. If a century broke ranks, the punishment was decimation—every tenth soldier in the legion was executed. Because of the military structure of the Roman Empire, it was highly unlikely that they would break rank and run the other way. However, that was exactly what happened when they encountered the Picts.

The Picts fought completely naked, with their bodies either painted or tattooed blue (we really don’t know which, the Romans wouldn’t get close enough to find out). When an army of 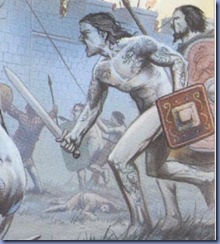 naked, blue men came running and screaming at the Roman army, the army broke ranks and ran away. They were scared to death of the Picts. What would you do if an army of naked men came running after you? (Well, I know some of you would just turn around and bend over, LOL, but that’s not what the Romans did.) The Romans were well-organized, well-armed, and disciplined; the Picts were not.

Hadrian’s Wall is an ancient Roman wall, 118.3 km (73.5 mi) long, across northern England. Built by the emperor Hadrian c. A.D. 122-126 and extended by Severus a century later, the wall marked the northern defensive boundary of Roman Britain. Fragmentary ruins of the wall remain. The wall was primarily built to keep out the crazy blue men, who the Romans failed to ever conquer. 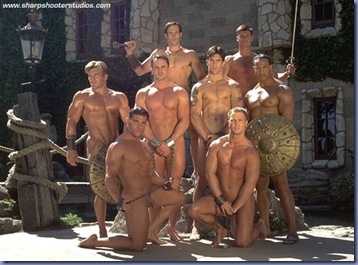 Later in the Middle Ages, the Vikings had an interesting counterpart to the Picts, called the Berserker. These warriors were the secret weapon of the Vikings. Berserkers (or Berserkers (or Berserks) are Norse warriors who are reported in the Old Norse literature to have fought in a nearly uncontrollable, trance-like fury, a characteristic which later gave rise to the English word berserk.

In old-Norse sagas, they were warriors who dressed themselves in bear skins or were bare-skinned, to make use of the fear 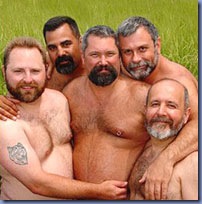 common people had for wild animals. Many of the Vikings were very hairy, and thus even naked would look like bears (the original bear fetish, LOL). They whipped themselves up to a sort of battle frenzy, biting their shields and howling like animals. They were ferocious fighters and seemingly insensitive to pain while this madness lasted; berserks made formidable enemies. In their rage they even attacked the boulders and trees of the forest; it was not uncommon that they killed their own people. The belief in berserks can be compared with the belief in werewolves; both are magical transformations of humans who assume the shape of an kindred animal.

The name berserker arose from their reputed habit of wearing a kind of shirt or coat (Old Norse: serkr) made from the pelt of a

bear (Old Norse: ber-) during battle. In earlier studies, the element ber- was often misinterpreted as berr-, meaning "bare", understood as indicating that the berserkers fought naked. It is unclear as to whether they dressed like bears or were bare, but either way, they came into battle without armor generally with a battle axe or spear and, in a frenzied drug-induced state, killed anyone and everything that came in their way, friend or foe alike.

A little note about historical interpretation. In a broad look at historians there are four types: traditionalists, revisionists, neo- 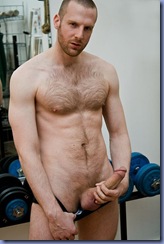 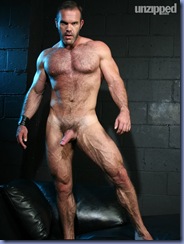 Then the cycle begins again. Case in point, the name berserker: originally it was interpreted as bare-skinned not bear-skinned. But a neo-traditionalist (like myself) would say that “Wait, you miss the point of the traditions of Celtic, German, and Scandinavian warriors were often naked in battle to show they had no fear. You also forget that the Scandinavians were hairier as most northern Europeans were because of the cold climate, and either naked or in bear skins would have looked like huge bears.”

The neo-revisionist would totally contradict me and state (as in the Wikipedia article about Berserkers) “The name berserker arose from their reputed habit of wearing a kind of shirt or coat (Old Norse: serkr) made from the pelt of a bear (Old Norse: ber-) during battle. In earlier studies, the element ber- was often misinterpreted as berr-, meaning "bare", understood as indicating that the berserkers fought naked. This view has since been abandoned.” They leave no room for other interpretations, but there is always room for interpretation.

So the last bit was my rant about historians, it is up to you how you interpret history. I tend to prefer the more salacious accounts of history, since Judeo-Christian morals have been placed on the writing of history since the Roman Empire converted to Christianity. Therefore, it is my opinion that the more salacious details are probably more accurate than myth. Men have always been horny beasts, and that will never change. If they could get away with it, they did. Plus, they liked to prove their masculinity through nudity. Fraternities didn’t get their pranks and love of nudity out of nowhere, it came down through the history of man.

I wish someone would produce a movie of the naked Picts climbing over Hadrian's Wall to attack the Romans!

Me too, Uncutplus, but they do have an annual reenactment. I wold love to see that.

There are in Peru. ceramcs showing captve soldiers totally naked ready o be sacrificed o the gods,and pictures show thiir genitls cut offbefore being killed.Genitals were a very special gift to the gods.(Shown at the Larco Museum in Lima, Peru.

And I thought the bagpipes were terrifying!
JP