An Archaeologist in a Pink Tutu 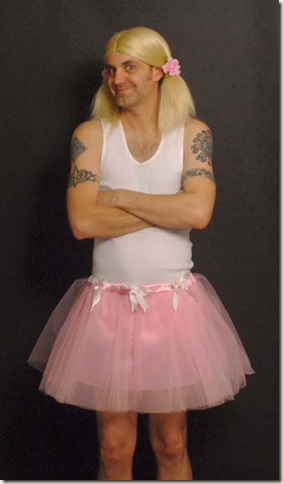 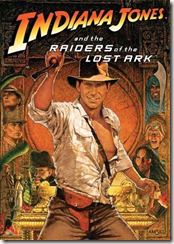 One of the greatest influences in my life was the movie"Raiders of the Lost Ark." I don’t remember when I first saw it, but I know I was a young child.   I thought Indiana Jones had one of the most rewarding careers I had ever seen. (Though at that age, I think I still wanted to be an astronaut, until I saw the show Matlock for the first time, and I knew I wanted to be a lawyer.  Besides, I am afraid of heights, being an astronaut would have never worked, LOL.  Later I realized that most lawyers were nothing like Matlock or Atticus Finch, and I decided on graduate school instead.) What Indian Jones showed me was how fascinating history was, and I never lost my fascination with history and lost civilizations. One minute Indiana Jones was the consummate intellect, the next moment he was rescuing some dark-haired beauty using only his whip. Indiana Jones put adventure into history.
There are some real life archaeologists who have their own adventures, but most of them do not live terribly exciting lives.  However, there is one memorable figure that everyone should know about.  I was watching History Channel International yesterday (yes, that was how I was relaxing after my move into my new house, and yes, I am a geek.)  Anyway, on the show that I was really only half watching they mentioned the archaeologist Professor Sir William Matthew Flinders Petrie.  Apparently he was a great archaeologist, but also nuttier than a fuitcake, a few bulbs short of a chandelier, a few nuts short of a bolt, etc.  you get the picture. 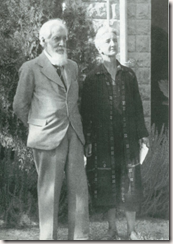 So I did a little research on him after it was mentioned that he surveyed and measured the pyramids of Egypt in a pink tutu. Yes, you read that correctly.  I’ll get to that story shortly.  After hearing that, I became more interested.  Was he gay?  Because quite honestly, can you think of anything gayer than a man doing his job in a pink tutu?  I know it is a stereotype, but you have to admit….It does sound pretty gay.  However, I did some research and there is no mention of homosexuality. In fact, there is very little mention of his personal life at all.  With a little more searching though, I did find that he was married to Hilda Urlin in 1897.  Hilda was 15 years his junior.
From Archaeology Dictionary: Sir William Matthew Flinders Petrie 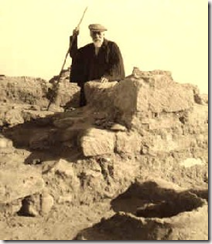 English archaeologist who specialized in Egyptology. Born in Charlton, Kent, Flinders was educated at home by his parents and through what he could pick up himself. At an early age he developed an interest in antiquities through visits to the British Museum, and in surveying structures and earthworks under the tutelage of his father who was a civil engineer. In 1877 he published Inductive metrology and in 1880 he produced an excellent survey of Stonehenge, Wiltshire, UK, Wiltshire. These early publications stand at the head of a prodigious and wide-ranging bibliography. In 1880 he went to Egypt to survey the Great Pyramid at Giza, in 1883 becoming unpaid joint secretary and field director of the recently formed Egypt Exploration Fund, working first at Tanis. 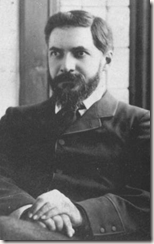 Petrie was responsible for advances in excavation technique and artifact analysis, devising a system of sequence dating of artifacts independent of period labels. Equally important was his recognition of Mycenaean and ‘proto-Greek’ pottery in Egypt and Egyptian imports in the Aegean, which formed the basis for cross-dating between the regions. In 1897 he married Hilda Isabel, by whom he had two children. He was elected an FRS in 1902 and a Fellow of the British Academy in 1904; he was knighted in 1923. From 1892 to 1933 he was Professor of Egyptology in the University of London. After 1926, dissatisfied with conditions in Egypt, he worked in Palestine until his death in Jerusalem in July 1942. Now, I'm sure you want to know the story behind the ballerina's tutu. Up until the 19th century there had been no accurate survey made of the Great Pyramids. The main reason for this was the danger involved. The pyramids had been ransacked so badly the locals would often beat or even kill anyone believed to be a grave robber. There was a peculiar caveat to this custom, though. Anyone violating local customs and laws that were deemed insane was to be left alone, as long as no one was being harmed. Therefore, Petrie actually wore a ballerina's tutu while surveying so he would appear insane! Some accounts say he openly wore pink frilly underwear while working. There are also several accounts of Petrie working naked inside the pyramids to prevent any annoyances from curious tourists. Petrie was at his best when he was challenged with unique problems that required innovative solutions. This, I have found, is the core quality of most surveyors who are true to their calling.
Though Flinders Petrie is known as the “father of modern archaeology” for introducing the scientific method to archaeology, he is considered by many historians today to be just as insane as he portrayed himself to the Egyptians.  He looks a little crazy to me in his pictures (the picture at the very top is not Petrie). 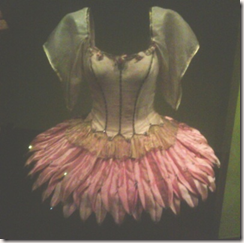