Sex and the Roman Emperors 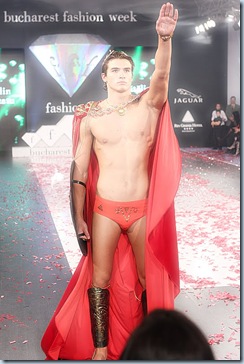 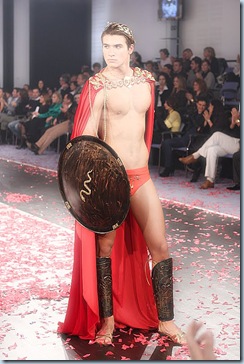 If you know anything about the Roman Emperors they were a perverse group. I’m plan to talk about some of the early emperors, so there will be several posts today, since I will be doing each one separately. I will begin with the first five (The Mad) emperors, and then add a few more, using one of the five “good” emperors and a few of the really bad emperors. I hope you enjoy our journey through history today.
So let’s bring on the orgies and perversions of the Roman Emperors. To start out I will give you an ancient quote about Julius Caesar, “He was every woman’s man, and every man’s woman.” This was one of the commonly quoted insults about the first Caesar. Not only did it mean that he was promiscuous with women who were not his wife (sex was fine in Ancient Rome as long as it didn’t rule your life), but it also meant that he was the receptive (i.e. bottom) in male/male sex. Homosexuality in the Roman Empire was not totally frowned upon, as long as the man was not the receptive partner and discretion was heeded.
One of my favorite books and an oft quoted work about the first twelve Roman emperors is De vita Caesarum (Latin, literal translation: On the Life of the Caesars) commonly known as The Twelve Caesars, is a set of twelve biographies of Julius Caesar and the first 11 emperors of the Roman Empire written by Gaius Suetonius Tranquillus, commonly known as Suetonius. If you like salacious history, Suetonius is the man for you. If you ever watch the History Channel, especially there programs on sex in the Roman Empire, you will often hear the historians or the narrator say “Suetonius, The Twelve Caesars” after any quote about the sex lives of the emperors. Suetonius used the imperial archives to research eyewitness accounts, information, and other evidence to produce the book. However, critics say the book is founded on gossip and citations of historians who had lived in the time of the early emperors, rather than on primary sources of that time. The book can be described as very racy, packed with gossip, dramatic and sometimes amusing. Much of the history in today’s posts come from this wonderfully salacious book.

Truthspew, if it was half as decadent as the Twelve Caesars, I bet it was a fun place, LOL.