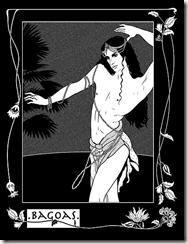 Bagoas (in Old Persian Bagoi) was a eunuch in the Persian Empire in the 4th Century BCE, said to have been the catamite (a boy kept for homosexual purposes) of both Darius, and later Alexander the Great.

Another eunuch of the same name, a vizier of the empire, deposed one Persian king and was killed by another when this Bagoas, called son of Pharnuches, would have been a young child. 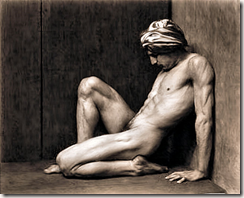 Bagoas is the narrator and title character of The Persian Boy, the historical novel by Mary Renault, which portrays him sympathetically. He reappears in a smaller but still significant role in the sequel Funeral Games. He makes an even briefer appearance in Les Conquêtes d'Alexandre by Roger Peyrefitte. Peyrefitte, unlike Renault, has Bagoas riding to battle by the side of Darius. He is also a major character in Jo Graham's novel Stealing Fire, part of her Numinous World series. Played by Francisco Bosch, he also appears in the Oliver Stone film Alexander, which is based in part on Renault's writings.