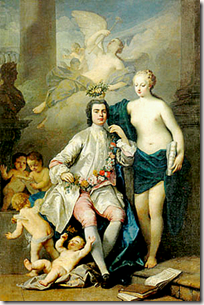 They were a strange breed. endowed, some would say with the "voices of angels"; men in size and appearance, but with feminine high voices, so people said. They earned vast sums of money; lived high, wide and handsome...and longer than the average male of the period.
They left behind them the music that they sang, the pupils they taught, the operatic arias they inspired.
“Long live the knife, the blessed knife!” screamed ecstatic female fans at opera houses as the craze for Italian castrati reached its peak in the 18th century — a cry that was supposedly echoed in the bedrooms of Europe’s most fashionable women.
The brainwave to create castrati had first occurred two centuries earlier in Rome, where the pope had banned women singing in churches or on the stage. 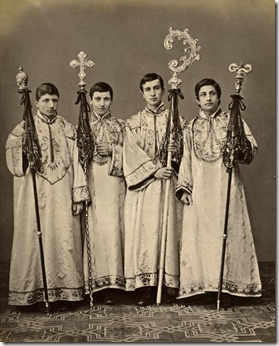 Their voices became revered for the unnatural combination of pitch and power, with the high notes of a pre-pubescent boy wafting from the lungs of an adult; the result, contemporaries said, was magical, ethereal and strangely disembodied. But it was the sudden popularity of Italian opera throughout 1600s Europe that created the international surge in demand. Italian boys with promising voices would be taken to a back-street barber-surgeon, drugged with opium, and placed in a hot bath. The expert would snip the ducts leading to the testicles, which would wither over time. By the early 1700s, it is estimated that around 4,000 boys a year were getting the operation; the Santa Maria Nova hospital in Florence, for example, ran a production line under one Antonio Santarelli, gelding eight boys at once.
Only a lucky few hit the big time. But these top castrati had careers like modern rock stars, touring the opera houses of Europe from Madrid to Moscow and commanding fabulous fees. They were true divas, famous for their tantrums, 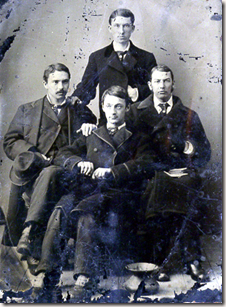 their insufferable vanity, their emotional obsessions, their extravagant excesses, their bitchy in-feuding — and, surprisingly, their sexual prowess. Hysterical female admirers deluged them with love letters and fainted in the audience clutching wax figurines of their favorite performers.
This may seem to anticipate the safe, sexless allure of 1950s teen idols like Frankie Avalon. But congress with castrati was not at all physically impossible. The effects of castration on physical development were notoriously erratic, as the Ottoman eunuchs in the Seraglio of Constantinople knew. Much depended on the timing of the operation: Boys pruned before the age of ten or so very often grew up with feminine features, smooth, hairless bodies, incipient breasts, “infantile penis” and a complete lack of sex drive. (The only castrato ever to write an autobiography, Filippo Balatri, joked that he had never married because his wife, “after loving me for a little would have started screaming at me”). But those castrated after age ten, as puberty encroached, could continue to develop physically and often sustain erections. While most Italian boys went under the knife at age eight, the operation was performed as late as age twelve.
For Europe’s high society women, 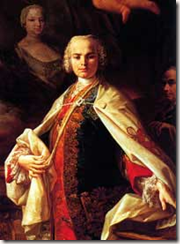 the obvious benefit of built-in contraception made castrati ideal targets for discreet affairs. Soon popular songs and pamphlets began suggesting that castration actually enhanced a man’s sexual performance, as the lack of sensation ensured extra endurance; stories spread of the castrati as considerate lovers, whose attention was entirely focused on the woman. As one groupie eagerly put it, the best of the singers enjoyed “a spirit in no wise dulled, and a growth of hair that differs not from other men.” When the most handsome castrato of all, Farinelli, visited London in 1734, a poem written by an anonymous female admirer derided local men as “Bragging Boasters” whose enthusiasm “expires too fast, While F-----lli stands it to the last.”
English women seemed particularly susceptible to Italian eunuchs. Another castrato, Consolino, made clever use of his delicate, feminine features in London. He would arrive at trysts disguised in a dress then conduct a torrid affair right under the husband’s nose. The beautiful, 15-year-old Irish heiress Dorothy Maunsell eloped with castrato Giusto Tenducci in 1766, although he was hunted down and thrown into prison by her enraged father. Marriage with castrati was normally forbidden by the Church, but two singers in Germany did acquire special legal dispensation to remain in wedlock. Male opera fans, meanwhile, sought out castrati for their androgynous qualities. Travelers report how coquettish young castrati in Rome would tie their plump bosoms in alluring brassieres and offer “to serve… equally well as a woman or as a man.”
Even Casanova was tempted. (“Rome forces every man to become a pederast,” he sighed in his memoirs). 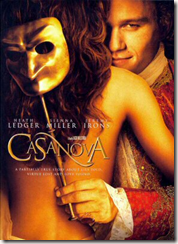 His most confusing moment came when he met a particularly lovely teenage castrato named Bellino in an inn. Casanova was bewitched, going so far as to offer a gold doubloon to see the boy’s genitals. In an improbable twist, when Casanova grabbed Bellino in a fit of passion, he discovered a false penis: it turned out that the castrato was a girl, who historians have identified as Teresa Lanti. She had taken up the disguise to circumvent the ban on female singers in Italy. The pair became lovers, but Casanova dumped her in Venice; after bearing a son that may or may not have been his, Lanti “came out” as a female and went on to become a successful singer in more progressive opera houses of Europe, where women were allowed on stage.