Most people when they think of the origins of homophobia, they automatically point to religion.  I agree that religion has spread homophobia, but I think the true origins of homophobia come from empire building.  Why do I believe this?
First, think about what all of our mothers worry about first when the find out we are gay.  It is generally very common that their first thought is that we cannot give them grandchildren.
Second, what is the most important thing to build an empire? If you said soldiers, then you are right. Without a large and largely expendable army, you cannot go out and conquer new territories.  How do you build a large and expendable army?  By having a large population.
Strictly homosexual men are a danger to the population because they are not contributing to population growth. If they are not producing offspring, then they are not adding new soldiers to the population. I will give you several examples of what I am talking about. 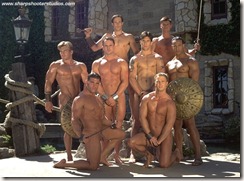 1) The Roman Empire—The Roman Empire not only did not accept homosexuality, but they also shunned pederasty.  The Roman Empire needed soldiers to conquer the world, therefore, gay men would not be producing children.  On the other hand, Greece which was composed of numerous city-states.  Though the Athenians had an empire, it was a relatively small and short-lived empire.  Ancient Greeks believed that homosexual male love was the ideal form of love because it was a love between to equals, whereas love between a man and a woman would always result in an unequal partnership, because they saw women as inferior.  The Greeks also practiced pederasty, a mentorship between an older man and a younger man.  For the Greeks homosexuality was acceptable because men were also expected to marry women and produce children.  Even Alexander the Great had wives and at the same time had male lovers, particularly Hephaestion and possibly Bagoas.
2)  Medieval Europe—During the empire and nation building phase of Medieval European history, Christianity became the state religions of the empires of Europe.  They allied with Christianity because the Church could give a king or emperor legitimacy.  Also, Christianity in itself spread like an empire, thus the more children Christians had, the more people in the religion.  Therefore, homosexuality was condemned.  During the Middle Ages, homosexuals were rounded up, and instead of being burned at the stake, they were bundled with the wood for the fires for the stake and set on fire.  By the way, a bundle of sticks is called a faggot, one of the possible origins for the word faggot 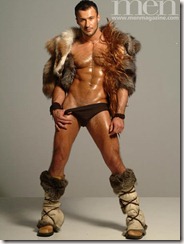 being a derogatory term for a homosexual man.   But, if we look at the Celtic groups of pre-Medieval Europe, we would probably see homosexuality as being more accepting.  Little is known about the Celts and their religion, except what the Roman wrote about them which is probably mostly inaccurate.  We do know that the Vikings, had words for homosexuality and that they found it to be accepting.  The Vikings are similar in their beliefs and religion to that of the Celts and therefore it is logical to conclude that most Celts were accepting of homosexuality. 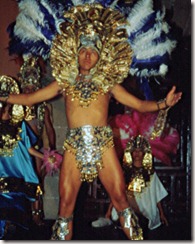 3)  The Aztec Empire—In the Americas, the Aztecs were not accepting of gay relationships.  In fact, the penalty was often death.  Again, they needed soldiers to conquer and subdue the nations surrounding them. In the Aztec Empire, only three groups of people went to Paradise in the afterlife: women who died in childbirth, warriors who died in battle,  and those humans who were sacrificed. However, if we look at other groups in the Americas, those who did not build empires, especially those of North America, we see the acceptance 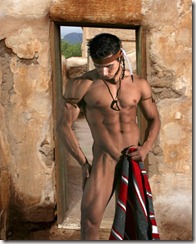 of those who were homosexual. If a man’s or woman’s sexual identity was different from that of the heterosexual, they were allowed to take on that role and often performed special duties.  With the conquest of Native Americans by British North America and later the United States and Canada, they were forced to assimilate with European values.  One of those values was the rejection of homosexuality. By this point in history, the reason most often given was that it was against God’s natural order. 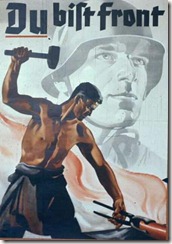 4) Nazi Germany—Nazi Germany was extremely homophobic and often rounded up homosexuals and sent them to concentration camps or death camps, where they were either worked to death, gassed, or lobotomized.  Women who had the most children in Nazi Germany were given medals of valor for their service to their country.  Homosexuals were not producing children and therefore were not contributing to the Third Reich.  If we take a look at Germany before Hitler and the Nazi Party came to power, we would see the very accepting Weimar Republic. 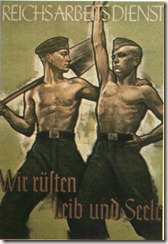 Berlin from 1919 to 1933 was one of the most accepting places for homosexuals in the world.  Weimar culture was free, open, and experimental, something that the highly conservative, right-wing National Socialist (Nazis) hated.  The Weimar Republic was content to rebuild Germany after World War I, but the Nazi wanted revenge for their losses in World War I.  Hitler wanted to conquer Europe, bring about the Third Reich, and destroy all Jews, homosexuals, Slavic people, gypsies, etc.
If you know much about history, you know that nearly at least two out of four of these homophobic empires that I used as examples had exceptions to these rules.  The Roman Empire had several homosexuals as emperors: Hadrian, Commodus, Caligula, and Tiberius.  The Nazis also had several homosexuals who were at the top of the Nazi organization.  Rumors have always existed that Hitler may have been homosexual and we know for sure that he was part Jewish. The Sturmabteilung (SA) was a Nazi organization that was composed of several homosexuals.  The SA was eventually purged from the Nazi Party because some of its members were more or less open homosexuals, such as Ernst Röhm, the co-founder of the SA, and other SA leaders such as his deputy Edmund Heines. In 1931, the Münchener Post, a Social Democratic newspaper, obtained and published Röhm's letters to a friend in which Röhm discussed his sexual affairs with men.
I will admit that this is not a perfect theory, but I hope it gives my readers something to think about and discuss in the comments.  I plan to make “The Closet Professor Theorizes” a regular part of this blog.  I hope you enjoy and will discuss these theories in the comment section.

Great read Joe and who knows for sure the origins, the acceptance and the criminalization of homosexuality. There are many who put them down but those who do should take a good long look in the mirror at themselves, at the government, the supposed religious people and many of the groups and organizations who proclaim to be SO GOOD and do SO MUCH. Thanks and hope to hear from you and some of your readers on the subject.

Thanks for your comments Denis. I hope that others will comment too and we get a discussion going, but I know that I can always count on my most faithful reader.

I do think that religion is partly to blame, because it works to conquer, convert, and assimilate much like empires do. But empires also tend to use religion and their so-called morals to push their agenda. There is nothing worse than a hypocrite who yells from the rooftops about freedoms and then takes them away from a portion of their population.

Sorry to disagree, but "soldiers' are not the necessary requirement for an empire. Ideas are. Greek philosophy, Roman Law, Judeo-Christian theology all have had more lasting effects than any one empire defended by soldiers.

Don't be sorry, WranglerMan, I love a good debate. I do still think that you need soldiers for an empire, how can you conquer territories without them? But ideas, of course, go with empires. Yes, they do have a more lasting effect than one empire of soldiers, but without the soldiers who conquered new territories, how could they have spread these ideas? The main purpose of this post was the origins of homophobia, which I do think is because of a dependence on propagation. Empires need a population. You need citizens to keep control, to spread ideas, etc. Like I said, I love a debate.